Started off about 6.30 this morning after a disrupted sleep last night. A Spanish backpacker in the cabin next door decided to have a party by himself after his mates had gone to bed and he started playing loud music around midnight. Once Frog realised what time it was he went out and asked politely that the backpacker consider others and keep the noise down. The backpacker actually turned off the music and went inside luckily for us. We could see the remnants of the party spread out across the next door balcony this morning.

Not far out of Emerald Frog had a close call with a roo. Frog had to brake hard when the roo burst out of the roadside growth suddenly and crossed the road. No harm done so we continued on. 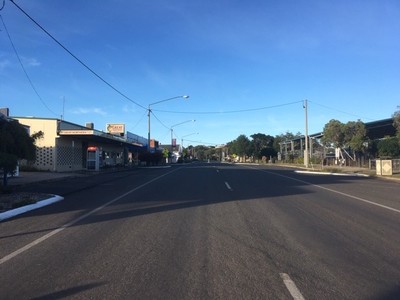 Springsure was the coffee stop this morning, it took a while for us to realise there actually was a cafe open in town as there was very little movement around. 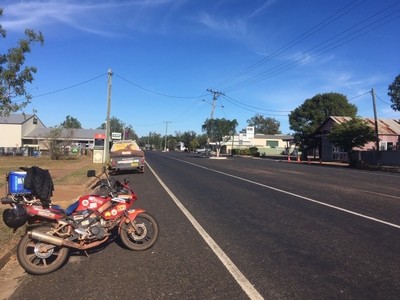 Next stop was Rolleston where it was very quiet as well. I suppose it is Sunday morning after all. 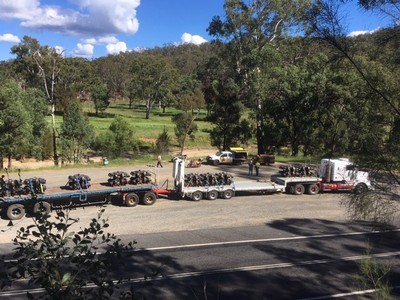 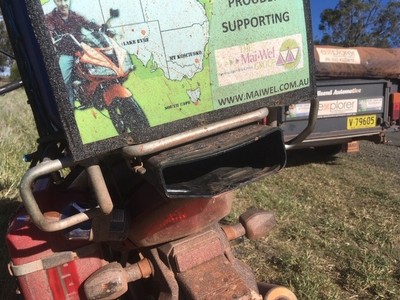 In between Rolleston and Injune there was a rest stop beside a river so we stopped there for a while. A road train going in the opposite direction stopped there as well and the driver came from Maitland and knew all about Mai Wel. Not long after we left the rest stop the lid off the small toolbox on the Honda fell off. Frog had only been saying 2 days ago that it wouldn't fall off in a million years. It turns out that he hadn't put the pin back in properly. We recovered the lid and some tools were still in the box but he lost some tools before he stopped about 5 kms down the road. 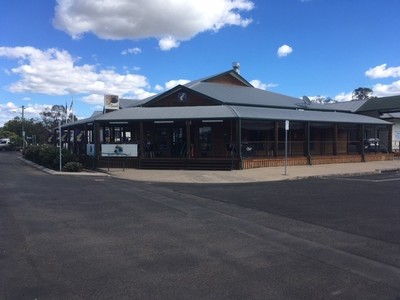 Next stop was Injune where we had lunch and Frog refueled the Honda. Not much else to report there.

Roma was the next stop where I refueled the Isuzu. We were aiming to get to Miles for the night so didn't hang around for long.

We had a rest stop near Fletcher and then arrived in Miles not much after 5. 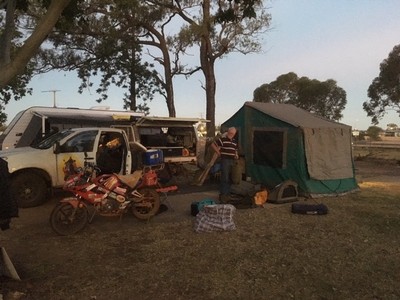 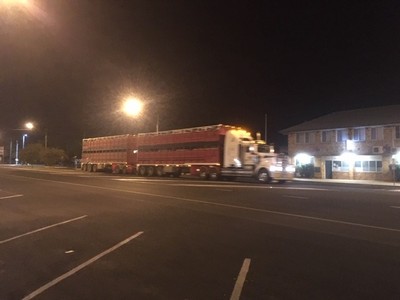 Posted by RideAroundAust 03:59 Archived in Australia

Previous Next Table of contents

Comments on this blog entry are now closed to non-Travellerspoint members. You can still leave a comment if you are a member of Travellerspoint.

If you aren't a member of Travellerspoint yet, you can join for free.